A variety of wild flowers in a field.
Meadow in full bloom
Photo: Erik Leonsson/imagebank.sweden.se

My relationship to freedom to roam

A huge part of my adventures during road trips in Sweden are made possible thanks to our right of public access, ”allemansrätten”, or freedom to roam.

Looking back on my 43 years I cannot remember when some part of my spare time wasn’t spent doing outdoorsy stuff on other people’s land.

As for many of my countrymen, early memories of nature stand apart in my mind. The strange thing is, though, I don’t see myself as someone particularly interested in nature. I was a boy scout for about two minutes. Not my crowd. I tried ”Mulleskolan”, a type of hands-on classes where groups of kids go out into the woods and meet with a knowledgeable forest-troll called Mulle. I wasn’t particularly excited. 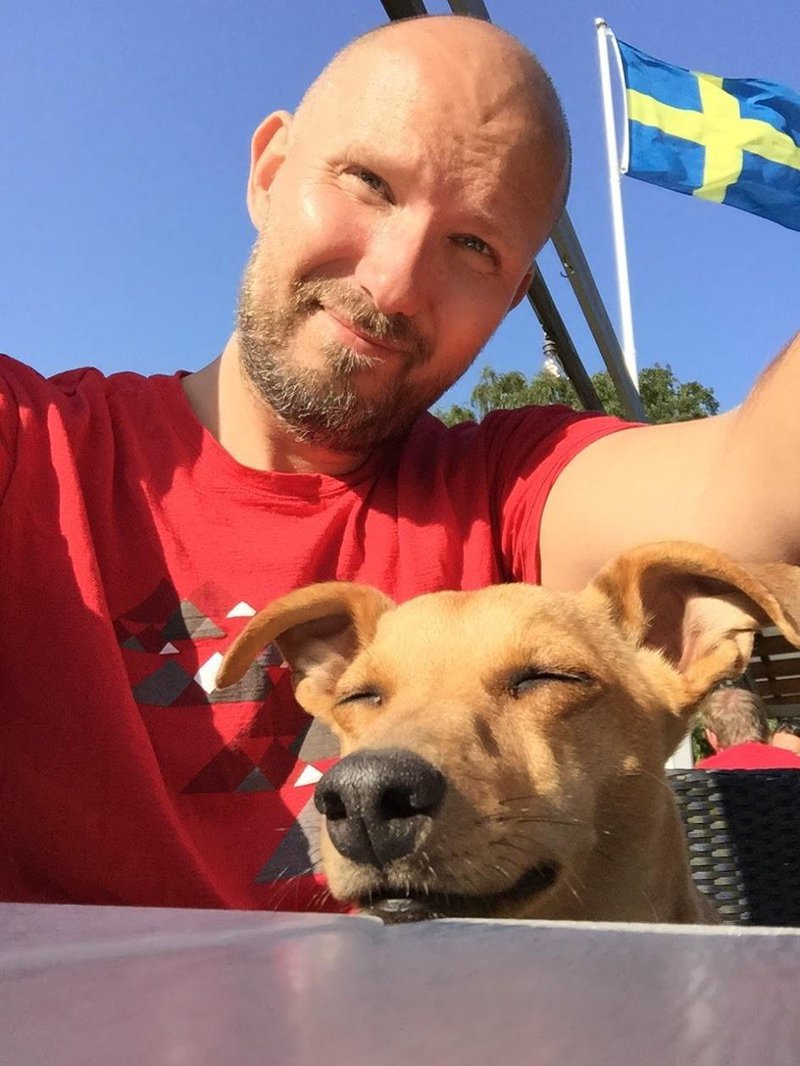 Summer 2016 I rented a cabin in small Arild, southern Skåne. My mission was to walk miles and miles on the long beaches – it’s a sort of mind-cleanse. I knew I wouldn’t be disappointed and I wasn’t. A couple of weeks later I sat in the car again. Swedish Lapland beckoned.

My summer was epic, the stuff of dreams. For me and for my dog Otis. I don’t have children but seeing my proud, three-year-old terrier mix dart along trails and through lush fields of green gives me an idea of what parental joy feels like. Myself, I earned new perspectives that allowed me to enter fall a slightly improved man.

It is easy to keep going like this and become overly romantic, even lyrical when portraying the Swedish outdoors. In truth many experiences are uncomfortable. I break out in sweat easily and might have to wring out my shirt even after a short foray into the woods. And that is just level one. But in the end the memories are only happy.

Adrenaline junkies take their rowdy crowd ice climbing in Abisko during the winter. Mushroom pickers search for the elusive summer chanterelle. Some fishing buddies may notice a spot of particular ”fishy” weather, take a day off work and drift downstream one of our river systems, not returning until early morning because the camp fire discussions dragged out until late. A bonding family can explore the same river system over a week, living in a tent or shelters along the way, educating the kids about the wildlife and how to properly behave in nature  – a basic skill, just like knowing how to behave when you are a guest in someone’s home.

Dog owners may well be the ones most grateful for the freedom to roam. We don’t just pop out and let Molly (the most common dog name) do her thing on the sidewalk. She is much more likely to get lucky with a two-hour trek across pastures, through fern and bracken in the woods, curiously eyeing horses in nearby paddock.

Less strenuous activities include picnics, picking some flowers on the way home from work or taking scissors to an elder bush down the street and collecting 20 good bunches of flowers for lemonade.

Put yourself in a Swedish pair of shoes for a moment. Do you take the lonesome path into the wild with an ultra light one-man-tent? Are you part of a large family and favour a tent with ample living-room space?

Just pick and choose. Try the simple joys. Try the extremes. And don’t be afraid to make mistakes.

I am very thankful for this connection with nature – even more so after writing this piece. Otis nods in agreement from his bed before going to sleep again, no doubt dreaming of rabbits and new friends to chase over the fields.

The thing is, we are all part of that web. And you are invited too.

Categories
Tags
Sun rays are breaking through the trees in a forest landscape.
Overview

Sweden has no Eiffel Towers. No Niagara Falls or Big Bens. Not even a little Sphinx. Sweden has something else – the Freedom to Roam.
Overview

Land of the free

The Swedish right to roam freely on private land – ”allemansrätten” – isn’t as ancient as many believe. But it still has profound impact on our national psyche. #freedomtoroam
Things to do

The Northern Lights dance across the skies in Arctic winter and the Midnight Sun illuminates the nights in the summer months. From the mountains of the mighty north, to the white sandy beaches of the temperate south, we have space for everyone.
Follow us: Facebook Twitter Instagram