From a distance it looks like just another traditional red barn in an open field, but on a closer look it becomes evident that nothing is ordinary about this building.
Lifestyle

“We live in a country with seasons. This house extends summer and advances spring.”

With spectacular views over lake Vättern and the island Visingsö, a gigantic greenhouse arises. The entire upper part, including the roof, walls and south gable are constructed out of glass, while the lower parts maintain the characteristic red wood of a barn. It is in the middle of deep winter when we arrive, but when stepping inside we can smell the early signs of spring. Even if there is no heating in the greenhouse part, it feels a lot warmer than outside.

It took eight years to complete Uppgrenna Naturhus, a lifelong dream come true for its founder Bodil Antonsson. Her vision was to create an oasis where stressed out city dwellers come to unwind, be it through yoga on the top floor just beneath the stars under the glass ceiling, to warm up in the natural sunshine among peaches, almond trees and wine grapes in the eco café, or recover in the artificial sun in the rainforest. 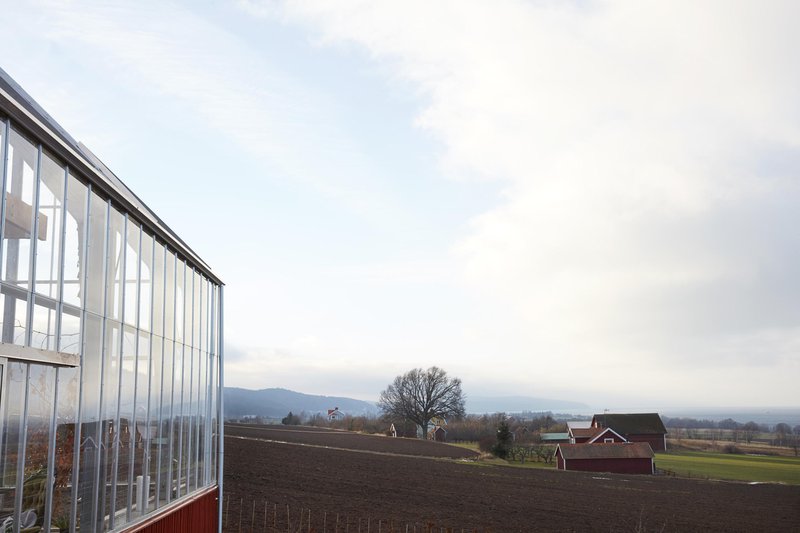 “We live in a country with seasons. This house extends summer and advances spring,” says Bodil Antonsson from Uppgrenna Naturhus. Photo: Christopher Hunt

You’d be surprised, but Sweden actually has more sunlight during spring to autumn than southern Europe, to be exact, 700 hours more in the city of Luleå in the North of Sweden, compared to Madrid, according to astronomer Per Ahlin. Initiatives like Uppgrenna Naturhus that takes advantage of the light and extends it further into the darker season, might be more common than we think in the future.

“We live in a country with seasons. This house extends summer and advances spring,” Bodil says. “In February we may have –6 degrees and snow outside, but in here we get +18 when the sun shines through the greenhouse. It’s amazing. The bugs and plants come to life, humans come to life.”

After spending some time in a sunbed with the artificial sunlight among jungle trees in the rainforest, I feel like I’ve experienced the first days of spring; my cheeks are rosy and I feel full of energy. In the greenhouse garden Bodil shows us the first signs of tomato plants, figs and olive trees that she will harvest in a few month’s time. 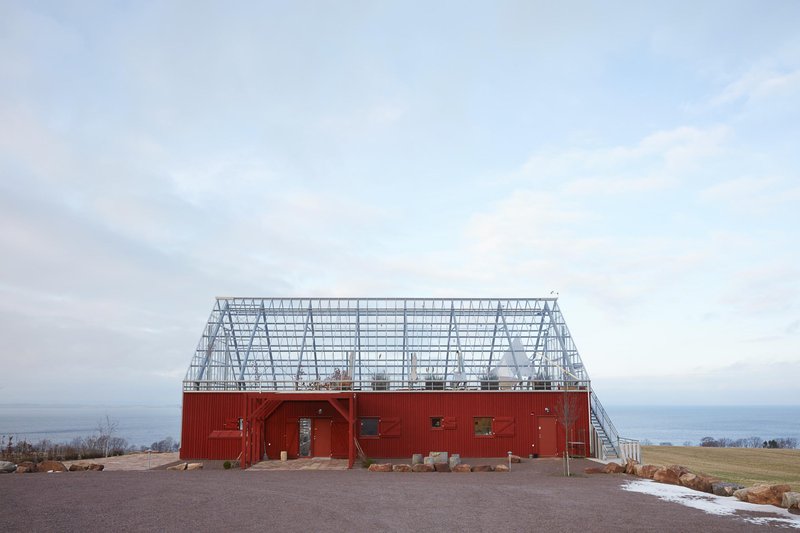 “Deep down we stem from nature, we’re a part of it,” Bodil says. “Modern people have come so far away from it, we’re not in touch with the scents, the rustle of leafs and the greenery.

When you step in here it’s healing, the plants, the jungle – it’s spectacular. You can hear the sounds of birds and the pond simmering outside. We have to take advantage of the amount of light we have in the most optimal ways,” Bodil says.