Driven by passion, curiosity and grit, Sweden’s drink makers are breaking new ground. From world-class Swedish cocktails in northern Umeå to an up-and-coming wine region and renowned craft brewery in southern Skåne, these are just some of the innovators pushing the boundaries in beverages.

Many might associate Swedish alcohol with world-renowned brands like Absolut Vodka, as well as more recently established premium spirits like Mackmyra Swedish Whisky, Hernö Gin and Stockholms Bränneri. However, there’s a lot more to Sweden’s drink and beverage scene these days, with an exciting crop of Swedish makers and entrepreneurs emerging at the forefront, driving innovation. While alcoholic beverages continue to dominate, Swedish innovators are also catering to the ‘sober-curious’ among us, creating premium non-alco drinks that are trending worldwide.

So, whether you’re into craft beer and cider, are curious about Swedish wine, or want to discover new drink categories like ‘fruit pét-nats’ or non-alco premium spirits – drink-lovers of every kind will find plenty to savour. Meet some of the profiles disrupting the Swedish drink and beverage scene! 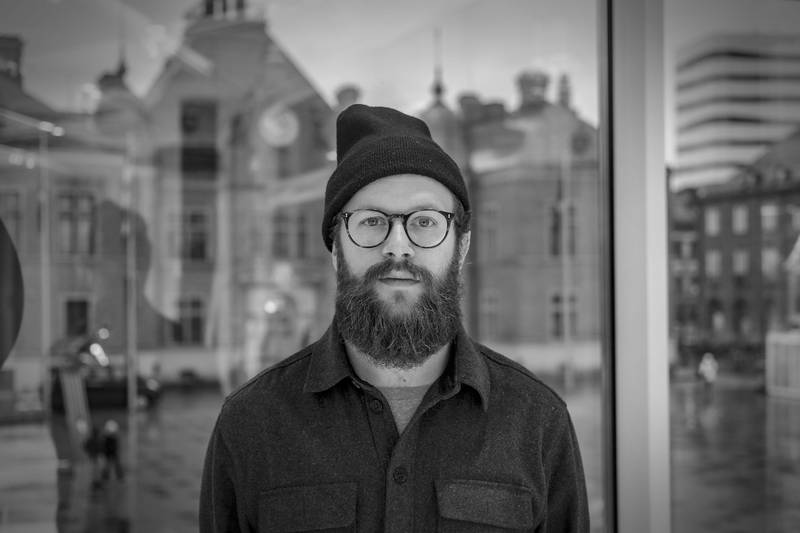 To savour the best in Swedish cocktails, venture north to Umeå, where you’ll find star bartender Emil Åreng’s newly opened Facit Bar. After a much-lauded stint as creative leader and bartender extraordinaire at the Cadier Bar in Stockholm’s historic Grand Hôtel, Åreng has returned to his northern roots, bringing back his unique take on craft cocktails. At Facit, the focus is on Swedish-made spirits, locally sourced ingredients, and close collaborations with other makers, choosing only the best from Sweden, whether big or small. Modern cooking is on offer too, but it’s the bar and the drinks menu that take centre stage here.

For Åreng, it’s all about creating new experiences and new flavours, and the Facit team do a fair bit of ‘lab work’ – curing and freezing Swedish ingredients like spruce tips or cloudberries, all to create new tastes and aromas.

“We’ve always done this in Sweden, salting and curing in order to preserve ingredients, and it’s time to bring this into cocktails too,” Åreng says.

Emil Åreng also finds inspiration in Sweden’s complex drinking history, something that partly inspired him to create KASK, a Swedish coffee liquor – the name harks back to an old tradition of mixing coffee with homemade ‘moonshine’. You’ll find it behind the bar at Facit, along with Åreng’s house-made ingredients, so venture north to Umeå, and have a proper Swedish cocktail! 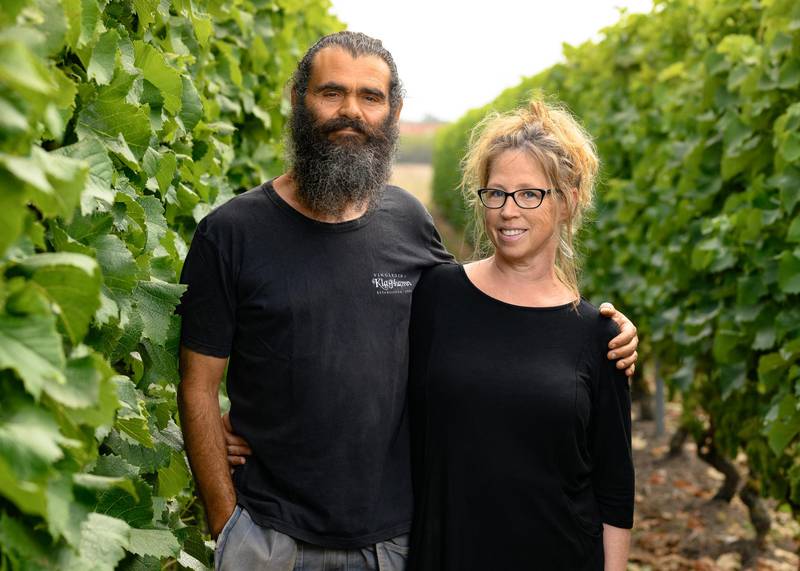 The husband-and-wife team Murat Sofrakis and Lena Jörgensen has been producing wine since 1999. Photo: Roger Nellsjö

Situated just south of Malmö and close to the beaches of Öresund, you’ll find the Vineyard in Klagshamn, a viticultural oasis that welcomes visitors from mid-May to mid-August. Established in 2001 by husband-and-wife team Murat Sofrakis and Lena Jörgensen, Klagshamn has been a pioneering force in Swedish wine, producing some of Sweden’s first and finest wines.

“As soon as it became legal in 1999 to cultivate grapes and make wine in Sweden, we got started. If it hadn’t, we’d have moved abroad,” says Sofrakis and laughs.

Since then, they’ve produced several award-winning wines, all hand-harvested, with zero pesticides. These are low intervention wines, where a less-is-more approach to fermentation results in a more circular and sustainable approach.

A majority of the wines are made with the green Solaris grape that Sofrakis describes as “a game changer, the ultimate grape. Its aroma and flavour are so versatile.” It’s also resistant to fungicides and, rather importantly, to frost, although Sweden’s colder climate can be a plus. Grapes don’t overripen and the maturation process is extremely slow, allowing for a multitude of interesting aromas to develop, including what Sofrakis describes as a wonderfully crisp freshness. Although Swedish wines differ from region to region, it’s that “combination of grape maturity and freshness – a brisk acidity – that makes Swedish wines so unique,” he says. To find out for yourself, pre-book a visit to the vineyard (open 15 May – 15 August). 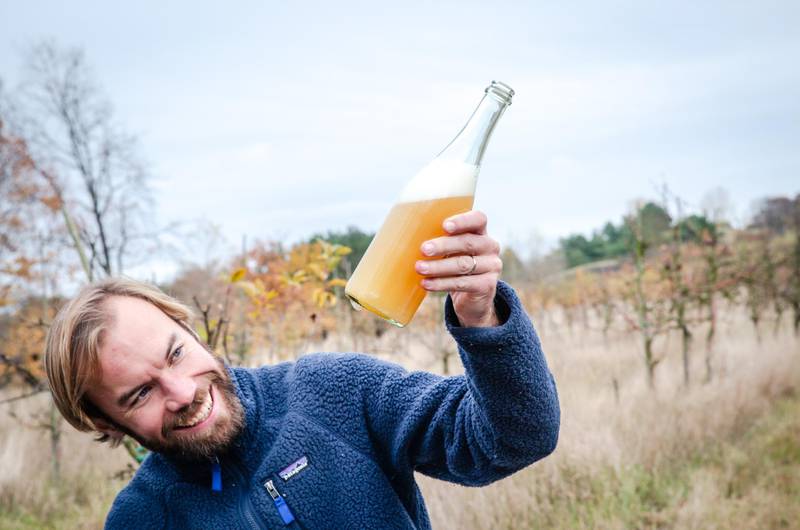 Based in Malmö in southern Sweden, the Fruktstereo team craft additive-free, naturally fermented Swedish ciders and a pioneering drink category of their own, the ‘fruit pét-nat’. Founders Karl Sjöström and Mikael Nypelius – both with backgrounds as sommeliers and natural wine importers – started making cider in 2016 after realising how many apples go to waste each autumn.

They began collecting ‘abandoned’ fruits from farmers and people’s gardens and set about brewing cider with a technique often used in natural wine, namely the ‘ancestral method’. It goes something like this: after picking, crushing, and pressing the fruit, the juice is allowed to ferment naturally, then bottled during this fermentation process, allowing the juice’s natural sugars to carbonate naturally in the bottle. Fruktstereo started doing this with any fruit available, including cherries, plums, and grapes, and realised that they’d come up with a whole new drink category – the fruit pét-nat!

Curious? If you’re in Stockholm, make a beeline for Savant Bar – coffee bar by day and natural wine and cider bar by night. You’ll also find Fruktstereo drinks at Ruths in Malmö and at the Gothenburg pintxos bar Basque. 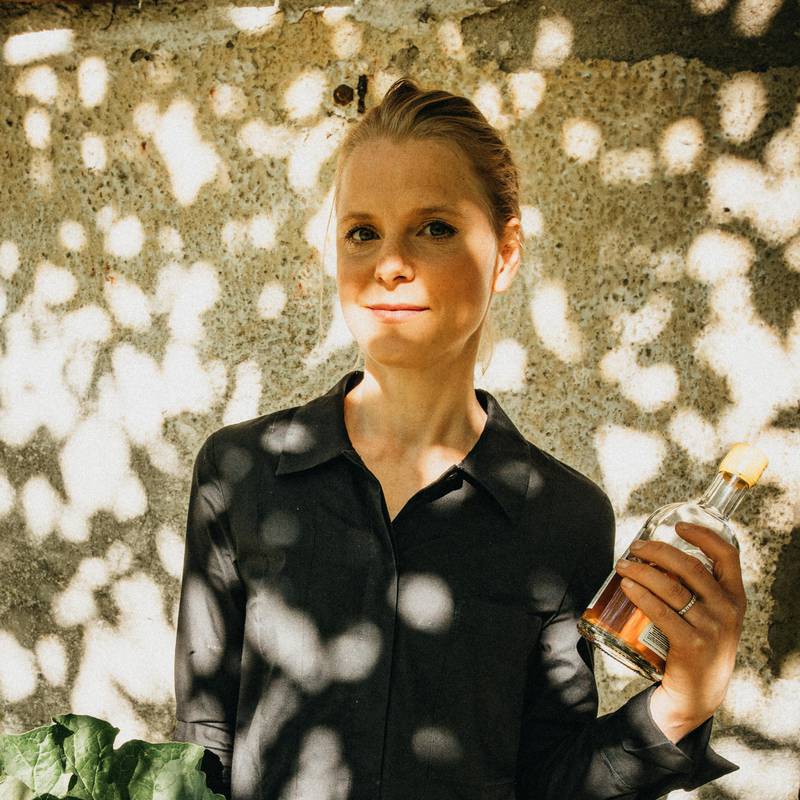 Enjoy the flavour and palate sensation of a fine spirit, but prefer to reduce your alcohol intake?

If so, then Erika Ollén and the team behind Gnista Spirits have just the thing. The word ‘Gnista’ means ‘spark’ in English – an apt choice for the first non-alcoholic spirit that truly resembles a fine spirit. Ollén launched Gnista partly because she felt that the zero-proof spirits market wasn’t catering to those who appreciate truly fine spirits, but who may prefer to skip the booze, even if only occasionally. She’s certainly on to something – non-alco beverages are one of the fastest growing trends worldwide, and in Sweden, demand for zero-proof beverages has grown by 8 percent since 2019.

Gnista’s production is small-batch and handmade, taking place at a plant outside Malmö, not far from the company’s HQ. Gnista’s two spirits – the smokier Barreled Oak, and Floral Wormwood, which work as an aperitif or cocktail mixer – are dark, intense, and complex. They combine modern gastronomy, state-of-the-art technology and classic spirit-making techniques – distillation, brewing, and barrel ageing are all part of the mix.

Gnista is available online and at top Swedish bars like Aster Bar and Restaurant in Malmö and Stockholm’s Nest Cocktail Lounge at Downtown Camper. Gnista’s premium reputation has spread quickly and is also available in the US now. On top of the taste, Gnista really does deliver on their promise – you too can ‘Party like there’s a tomorrow!’ 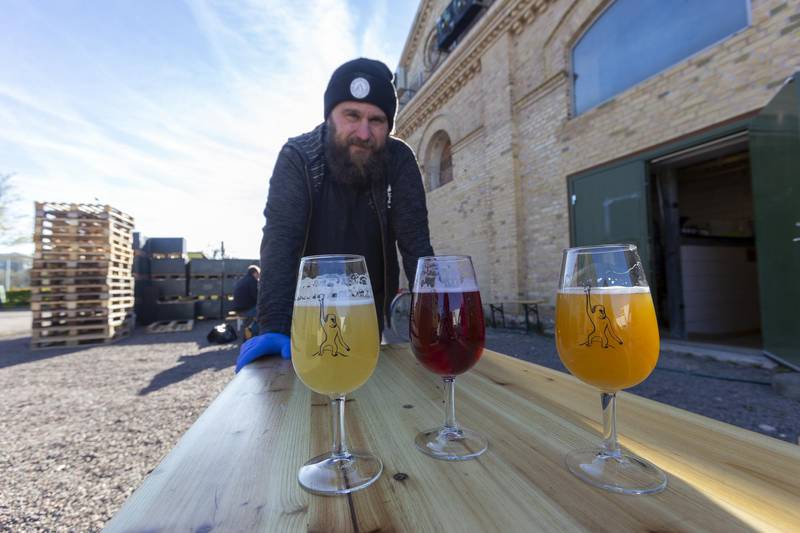 The Swedish brewery Brewski was founded by Marcus Hjalmarsson in 2014. Brewski also has its very own taproom called Barski in Helsingborg, serving craft beers and ramen. Photo: Jeff Flindt/ Brewski

This is the tale of a small Swedish craft brewery from Helsingborg. One that conquered the tastebuds of craft beer enthusiasts around the world, practically jump-starting the Swedish craft beer movement in the process. Founded by Marcus Hjalmarsson in 2014, Brewski was the first Swedish brewery to create a fruited IPA, the wildly successful ‘MangoFeber’. Since then, Brewski has gone from strength to strength, exporting its quality beers to markets far and wide, from Italy to Japan and the USA. Driven by a passion to keep innovating and developing, Hjalmarsson has moved on from those ‘MangoFeber’ days and is now experimenting with ‘kettle sour’ methods. As Hjalmarsson says, “quality is number one, but once we’ve done that, then we want to experiment, develop and grow.”

If you’re a craft beer enthusiast, you’ll want to sign up for Hjalmarsson’s hugely popular Brewskival beer festival in southern Sweden in August 2023, open to the public and beer industry. Since the event first started in 2013 it has become a must-do for the international craft beer community. And while you’re in Sweden, make sure you drop by Brewski’s very own taproom Barski in Helsingborg, where you can enjoy an extensive selection of Brewskis, everything from pie sours and fruited IPAs to classics like Pi-Wasser Pilsners. Also on the menu – a piping hot bowl of tasty ramen. Craft beer and ramen, what’s not to love? 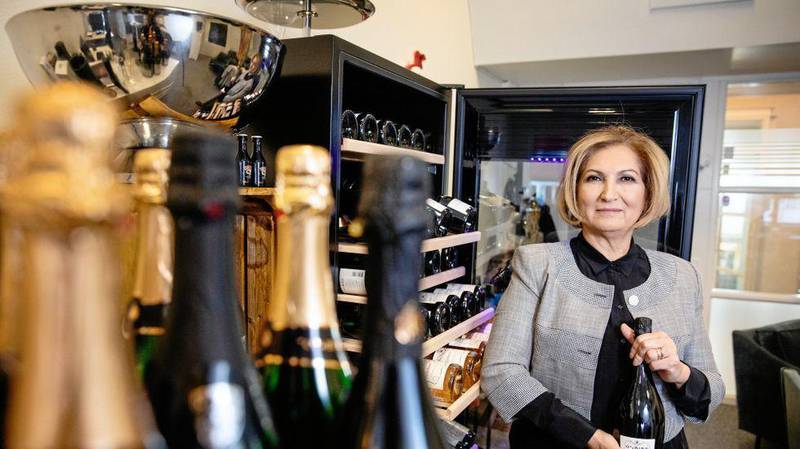 Like elsewhere, the ‘sober-curious’ movement is growing in Sweden. Many people just want the option to drink less, but still enjoy a festive, alcohol-free tipple in social settings. If this sounds like you, then you’ll be interested in Oddbird’s selection of dealcoholized Swedish wines. Founded by Moa Gurbuzer in 2013, Oddbird is a pioneering force in dealcoholized wine. As a former social worker, Gurbuzer had seen the impact alcohol can have on families, sparking her interest in non-alco wine production. So, she launched Oddbird – then under the name of MRG Wines – creating the world’s first organic sparkling wine ‘liberated from alcohol’, employing traditional vinification methods and a patented method to extract the alcohol.

Aroma and flavour are perfectly preserved – all that’s ‘missing’ is the alcohol content. It’s all part of Gurbuzer’s vision to enable a change in our drinking culture and make it easy to enjoy a glass of wine or champagne ‘with or without’ alcohol – much like you might take your coffee with or without milk. Critics and customers have been quick to hail Oddbird’s selection of whites, reds, rosés and sparkling wines, with the range widely available in restaurants across Sweden. Oddbird recently launched the world’s first organic, dealcoholized sparkling wine in a can, and has plans for a zero-proof spirit in the future.

The female chefs at the top of Swedish cuisine