To see the beauty of the Northern Lights, head to Swedish Lapland between early September and late March.

The Northern Lights are a unique natural phenomenon created when electrically charged particles from the sun collide in the Earth’s atmosphere. The variation in colour depends on the kind of gas particles involved – low-lying oxygen causes the most common green colour, red is produced by oxygen higher in the atmosphere and the blueish-purple hue comes from nitrogen. 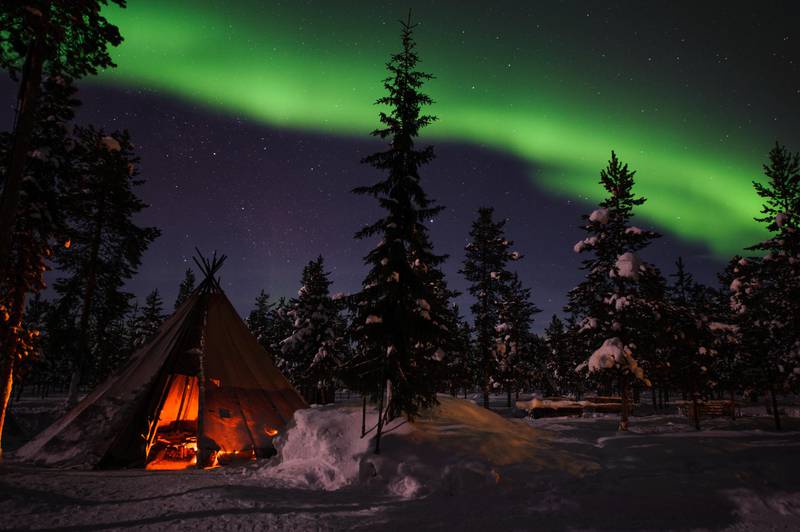 Whether you want to see the Aurora Borealis by car, snowshoe, snowmobile, dogsled or skis, you’ll find a tour company in Kiruna that has the perfect package for you.

If you're planning a trip within the next few years you're in luck – we're heading into a peak of a solar cycle which increases the chances to see the Northern Lights. The peak is forecast to occur in July 2025, and the Northern Light nights will grow in number every year until then.

The Northern Lights, or aurora borealis, is a natural light display that is frequent during the winter months in northern Sweden. Thanks to Sweden’s geographical proximity to the magnetic north pole, a significant portion of the country lies within a zone where solar particles collide with gases in the earth’s atmosphere to create these colourful ribbons of light.

Alpine skiing in Sweden – from powder paradises to family-friendly resorts