Arto Winter runs one of Stockholm’s most popular summer restaurants with an outspoken LGBT profile. Thanks to its waterside location and laid-back ambience Mälarpaviljongen attracts an audience far beyond the gay community. “There aren’t many restaurants targeted solely at gays in Stockholm – instead, the whole city is tolerant,” he says.

Visit Mälarpaviljongen on any given day during the summer and you’re likely to meet a diverse group of guests. Toddlers play on the small sandy beach next to the garden tables, while their fathers sip coffee and keep a nervous eye on their offspring. A few tables away an elderly lady, perhaps a bit over 80, enjoys her daily lunch in the lush garden, seeking shadow behind an olive tree. Further away on the pontoon extending on the waters of Riddarfjärden, a couple on holiday sip rosé and soak up the sun.

In the middle of it all, Arto Winter criss-crosses among the tables, talking to the staff and making sure that everything is running smoothly. He and his business partner Anders Karlsson have been running an outdoor summer restaurant here since 2004. Ever since then the rainbow flags, Mälarpaviljongen’s signature, have been waving proudly in the summer breeze. 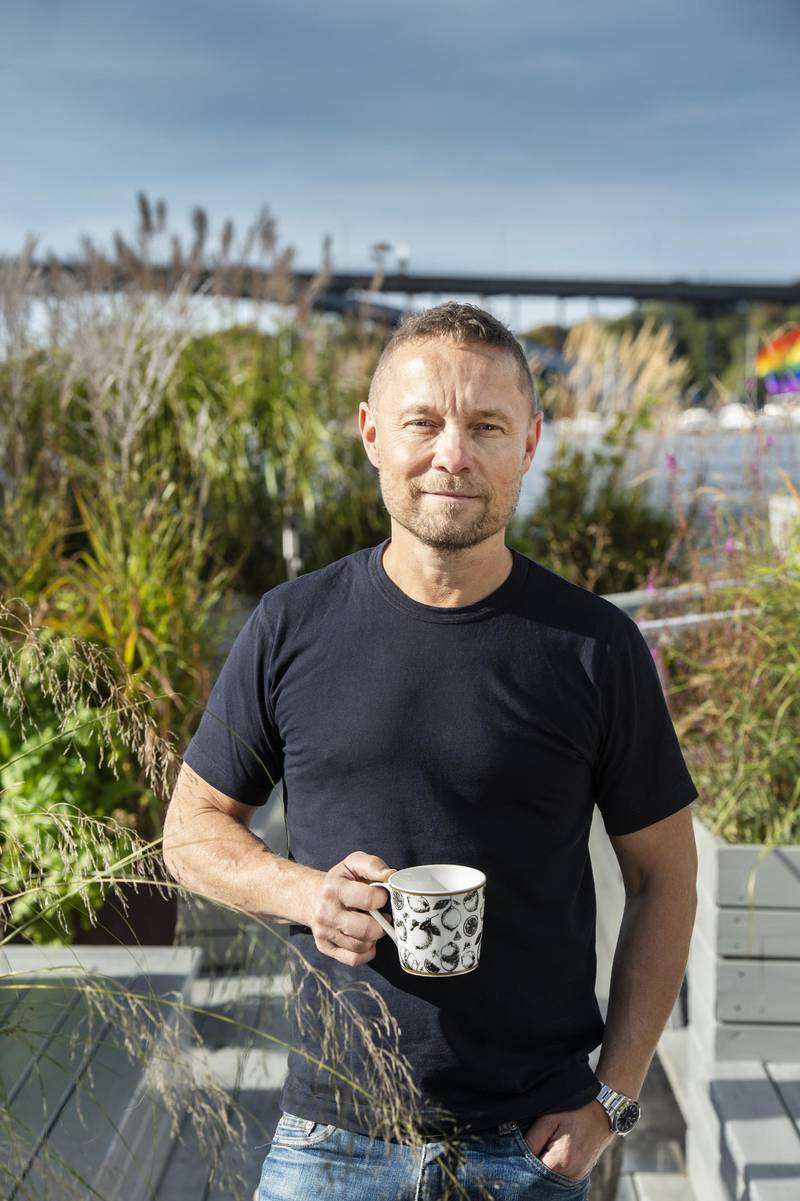 “We stand for the same values the rainbow flag stands for. Welcoming the gay community, of course, but also their friends and everyone else who feels at home in that atmosphere. The rainbow flag never excludes anyone,” he says.

Pioneers for the gay community

Winter himself came to Sweden from neighbouring Finland 30 years ago. Back then, the Swedish capital was a very different place from today – while it was certainly more tolerant than many other countries at the time, the gay community still had few places where they could hang out openly during the day. After some years in his new home town, Winter set out to change all that. He and Karlsson opened up café Chokladkoppen in the Old Town in 1997 with a mission to create a new kind of meeting place.

“I was driven by a strong personal dedication. When I was young, I didn’t feel like I could come out, which is why I moved to Stockholm,” he recalls. “But the city was void of meeting places for gays during daytime. With our café, we wanted to create a tolerant, friendly place for all guests, but also a tolerant work environment.”

Their next effort was restaurant Djurgårdsterassen. Winter remembers a milestone from the summer of 2000 when the Swedish King Carl XVI Gustaf and Queen Silvia made a public visit to the restaurant and ate lunch under the rainbow flags – a controversial move from the royal couple and sign that times were changing. After that Winter and Karlsson opened Torget, the first gay bar in Stockholm that kept its doors open seven days a week. “We were some kind of pioneers. Torget had big windows, which is why we used to say that we brought the gay community out into the open, up from the cellar.”

Business with a mission

With the widespread popularity of Mälarpaviljongen, the duo has come a long way from their first tiny café in the Old Town. But their driving force is still the same. They talk about “a business idea with a mission” and practice what they preach. Six years ago, Mälarpaviljongen started employing asylum seekers who had had to flee their home countries due to their sexual orientation.

“In Sweden, you’re allowed to work while you wait for your asylum decision, and we feel that having a job is important for everyone. It allows you to be part of a community,” Winter says.

Together with a group of like-minded people, he has also founded The Rainbow Foundation, an organization with the aim of financially assisting LGBT people throughout the world. Its assets come from donations, but a part of Mälarpaviljongen’s profits – specifically from the sales of the restaurant’s own rosé wine – also goes to support the foundation.

As the day turns into evening, Mälarpaviljongen’s coloured lights are turned on, and on many evenings a live band starts to play on the stage. The families with small children have gone home and different crowd takes over: couples wanting to enjoy an al fresco dinner of Toast Skagen or halloumi burgers, groups of friends stopping by for a pre-dinner drink and party-goers looking for some spontaneous dance. DJs keep the dance floor going until the wee hours. For Arto Winter, the lively scene is a testament to his work over the past decades.

“Stockholm has gone through a major change since I arrived. Today, Stockholm Pride is one of the biggest festivals in the Nordic countries, and attitudes have changed noticeably. Thanks to the open atmosphere here there aren’t many restaurants targeted solely at gays – instead, the whole city is tolerant.”

“The restaurant is fantastic, with a great vegetarian menu. And the museum, is of course a must-see.”

”This is our second restaurant in Stockholm. It has a contemporary and healthy profile, with a menu consisting of vegan food.” (Green Queen is a seasonal summer restaurant and opens in April.)

”A great venue with an impressive program of live concerts and other events, with a fantastic view from the terrace in the summer, and nice vegetarian food.”

”A skybar with a cool ambiance over the rooftops of central Stockholm.”

”If you’re looking for a real Stockholm institution, visit this restaurant and order one of their classic Swedish dishes.”

Wine in the sun at Mälarpaviljongen

Wine at the terrace of Mälarpaviljongen, located by the sea in Stockholm.

Wine in the sun at Mälarpaviljongen